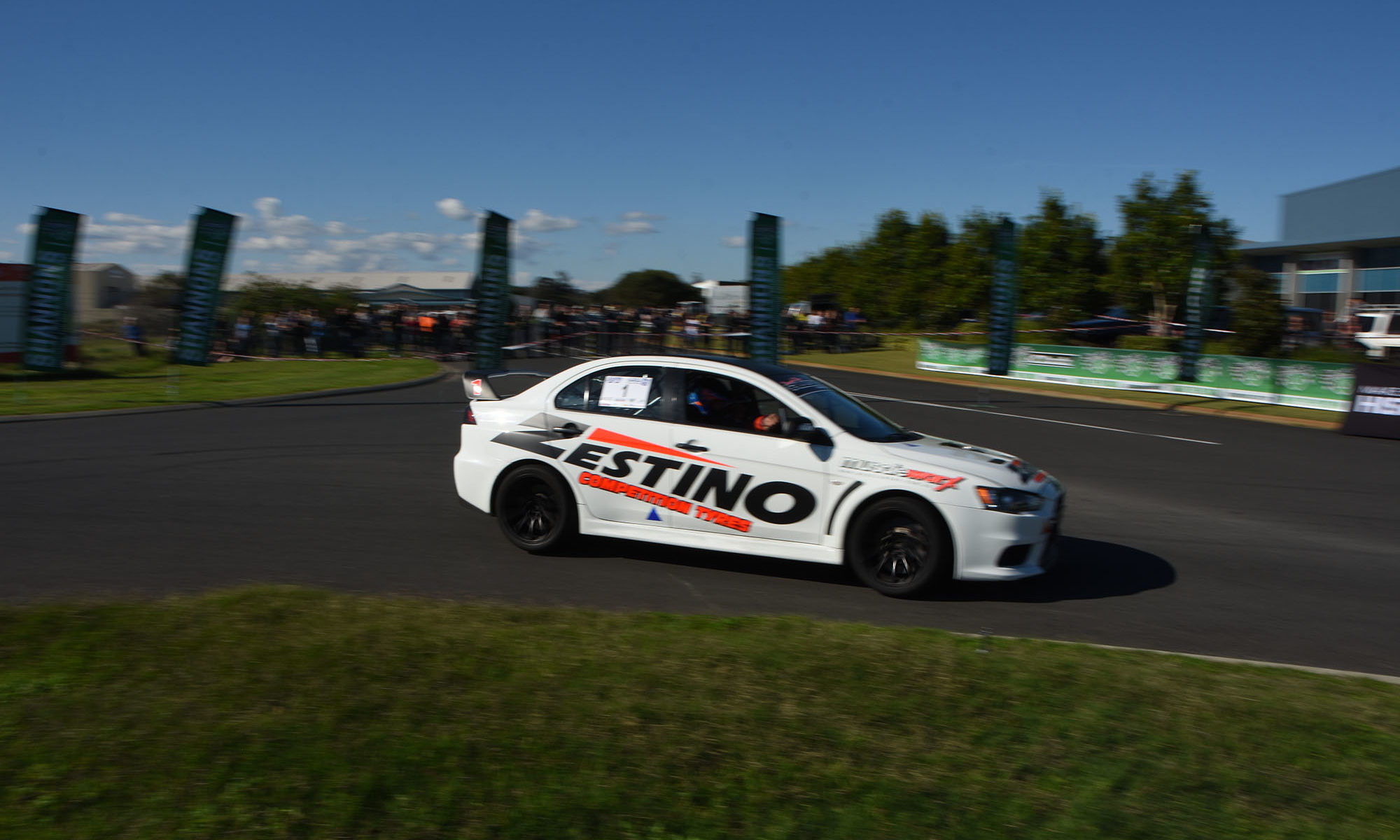 Troy Wilson has steered his Mitsubishi Lancer Evo 10 to victory in the GT Fabrication Targa Bunbury Sprint with a dominant display over the largest field in the event’s history.

Wilson and his co-driver Toni Cameron, who was contesting her first rally event, were fastest over the majority of the eight runs around the 4km course in the Halifax Light Industrial Area, which were run in both clockwise and anti-clockwise directions during the day.

“It’s my favourite event, so to win it again (Wilson won the event in 2016) knowing that a lot of other crews had made upgrades to their cars and coming in with a brand new co-driver who had never been in the car with me is just awesome,” Wilson said.

“Everyone has been congratulating me on the overall winning margin, and when you look at it now it sounds like I did it easy, but in reality it wasn’t easy at all. We had some dramas out there and it was a bit of a rollercoaster with mechanical and tyre issues, to be honest at one point I thought we were going to have to put it back on the trailer, but we made it through and it makes the victory even sweeter.”

“I was very anxious yesterday as during recce you don’t get to run at the speed so it’s easy enough to call the notes but I just didn’t know how fast I was going to have to get them out when we were racing,” Cameron said.

“When it came down to it I just focused on the notes, watched the track, and tried not to pay too much attention to what Troy was doing,” she continued.

“She was awesome, didn’t miss a beat today,” Wilson added.

Pre-event favourites and local hopefuls Will White/Matthew Thompson finished just off the podium in fourth with Mark Greenham/Steph Esterbauer in fifth.

Former World Rally Championship competitor, Alister McRae and his co-driver Declan Stafford were fastest of the classic vehicles rounding out the top ten outright and finishing just under 30 seconds ahead of their closest rivals in their 1978 Porsche 911 RRSR.

“The car was good, it was the first time we drove it this morning so it was a case of getting used to it but it did everything it should do and the stage was better than I thought it would be for sure,” McRae said.

“The long fast stuff and the tight junctions were a bit tough under breaking and we had to be careful of the big curbs on the side of the road but it was good fun.”

Before the action kicked off on Sunday, locals were given a chance to get up close and personal to the cars and the crews at the Shannons Show ‘n’ Shine which was held along Victoria Street on Saturday evening.

More than 110 vehicles entered the GT Fabrication Targa Bunbury Sprint with every car competing in one of eight category classes based on drive-layout, engine capacity and modification level.

The next event in the 2018 Make Smoking History Targa Cup is the Targa West Track Day and Mid Year Rallysprint. Click here for details.