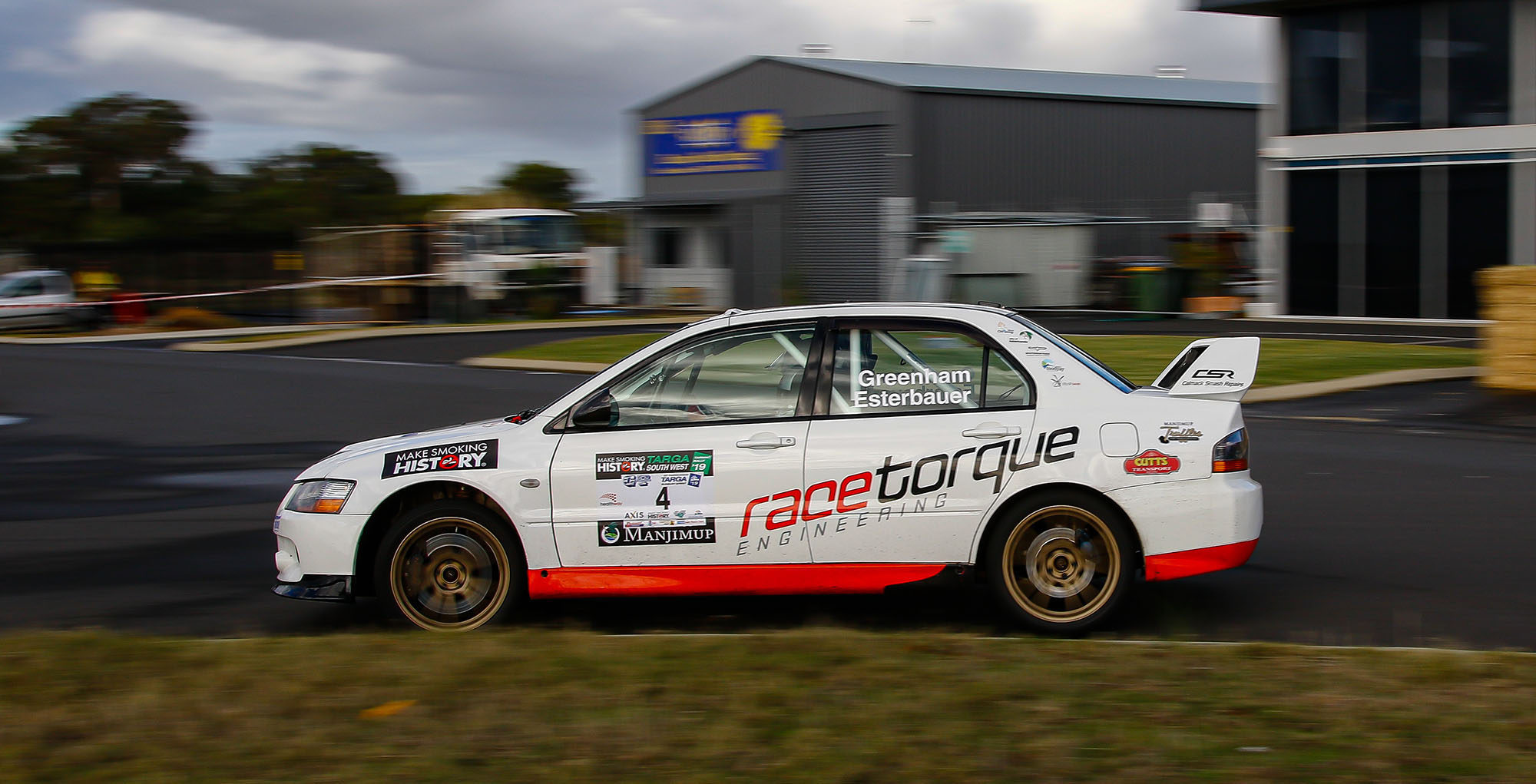 For the first time, the GT Fabrication Targa Bunbury Sprint will run after dark, starting at 2:00pm on Saturday 5th December and it’s expected to finish under lights at 9:00pm.

“It’s the first time we’ve run the GT Fabrication Targa Bunbury Sprint at night, and to keep things fair, we’ve split competitors into two groups to manage the number of runs each car has in twilight and at night,” Tapper said.

“After moving the event from June to December due to COVID, we could have expected hot weather hence wanting to run into the cool of the evening. Instead, it’s looking like it will be mild 24 degrees and obviously cooler at night – perfect conditions for a rally.”

Each competitor will race the clock along the streets of the 4-kilometre course four times clockwise and four times anticlockwise.

Car enthusiasts can see a huge array of rally cars fanging around the Halifax Light Industrial Area from classic Mini, Datsun, Torana, Ford Escorts and Mustangs to powerful V8s, turbo-charged rally cars as well as exotic cars will compete in the fastest growing segment of motorsport in Australia.

Spectators can get a closer look at the cars at the Shannons Show n Shine on Friday 4th December 5.30pm to 8.30pm at the Bunbury Hotel on Holman Street.

Cates will be competing in his 2019 Porsche GT3 RS and his classic 1977 Holden Torana A9X, which Caruso will be in his beastly 2008 Dodge Viper ACR and his 2007 Chevrolet Corvette Z06. 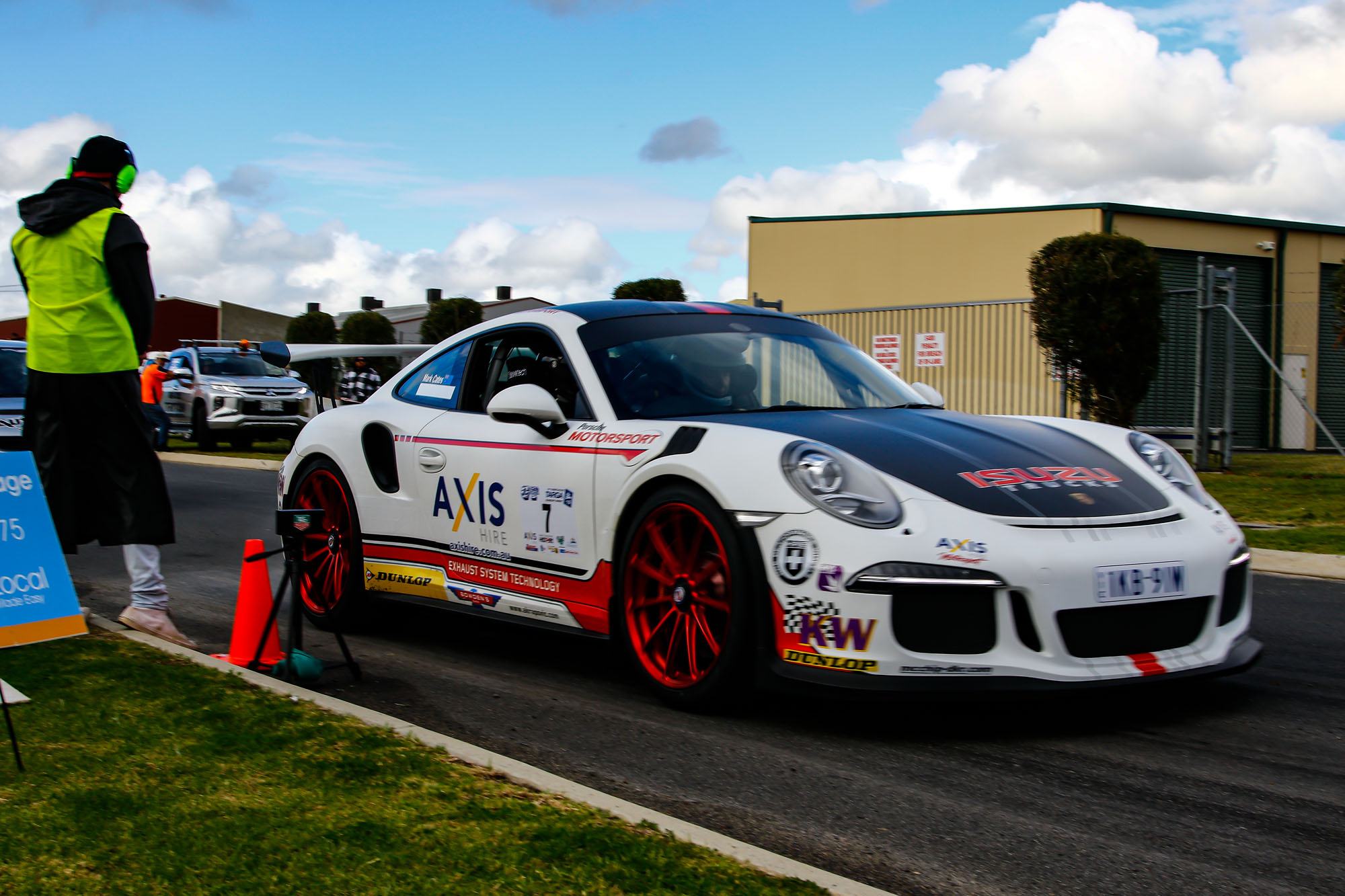 Rookie Alex Rullo, 20, whose last race was in a V8 Supercar at Bathurst in 2019, said he was keen to get behind the wheel of his father Peter Rullo’s 2020 SSC Lotus Exige Targa GT, the car that Peter Rullo drove to victory to win the Make Smoking History Targa South West rally in August.

“I’m looking forward to the GT Fabrication Targa Bunbury Sprint in the old boy’s car, so keeping it on the track is the goal,” Alex Rullo said.

“I’ve never seen the GT Fabrication Targa Bunbury Sprint or competed in any Targa events and I’ve always wanted to, so I don’t really know what to expect.

“I’ve only driven the car once on the road and not at speed, but it’s power that I’m used to. I’m just going to go out there and have fun.”

Rullo said that he was waiting for the official word on who his co-driver would be.

“It’s likely to be dad, which could be annoying, but I can always unplug the comms!”

Rallysprint requires team work between driver and co-driver and the ability to drive with obstacles in close vicinity to the road, neither of which can be practised on a race track.

Rallysprint is fast, fun and great for those new to rallying as well as those more experienced who want to keep their skills honed.

Tapper said the Bunbury city centre will be alive with the colour and noise of tarmac rallying.

“The street circuit will be exciting for competitors, spectators and local businesses as cars give it their all to finish on the podium,” the Event Director said.