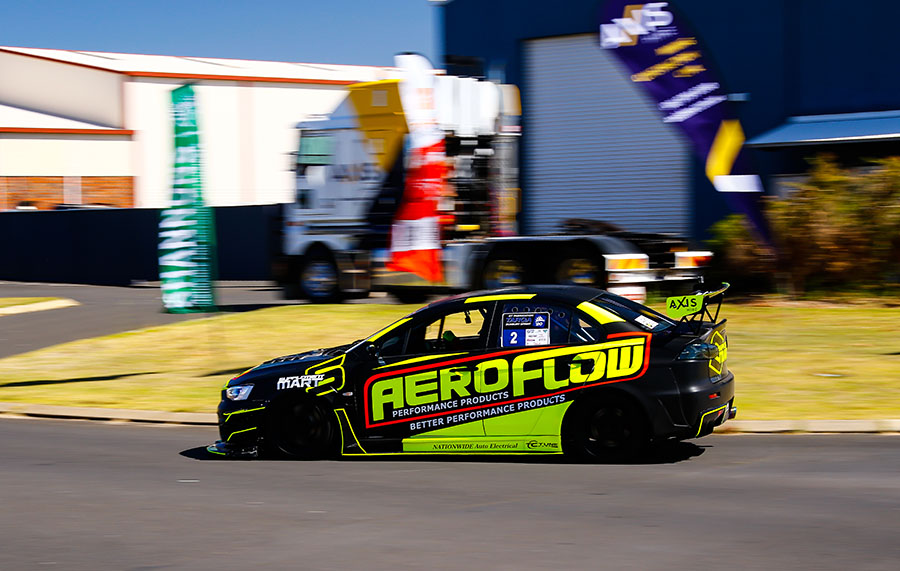 Bunbury is set to roar to life with action and excitement as the GT Fabrication Targa Bunbury Sprint drives into town on 27th and 28th November.

Before competitors take the streets at 9am on Sunday 28th November, car lovers can get up close and admire the beautiful machines at the Shannons Show ‘n’ Shine on Saturday 27th November event at the Bunbury Geographe Motor Museum from 6.00pm to 8.30pm.

Spectators can get their high-octane fix admiring all manner of rally cars being put through their paces in a capacity field capped at 130 competitors that includes classics such as Mustang, Datsun, Triumph, Chevrolet Camaro, Morris Cooper, Ford Escort, Falcon Sprint and Holden Commodore, and modern vehicles like Dodge Viper, Porsche, Audi, BMW, Toyota Yaris Rallye, Nissan GTR, Subaru WRX, Mitsubishi Evos and everything in between.

“The street circuit will be exciting for competitors, spectators and local businesses as cars give it their all to finish on the podium,” the Event Director said.

“There’s a real appetite in the South West for the short, sharp format of the GT Fabrication Targa Bunbury Sprint – it’s so popular that’s we’ve had to cap competitor numbers.

“To keep things manageable, we’ve split competitors into two groups which also gives drivers a break and the chance to watch the competition, something they don’t normally have a chance to do,” Tapper said.

The only Targa Bunbury Sprint Wilson hasn’t won was in 2019 when he had a 15-second lead but snapped the diff at the start line of the second half of the event.

About nine months ago, Wilson went off track damaging his car in the Auto One Targa Albany Sprint and since then, hasn’t done many competitive kilometres in the car.

“I wasn’t able to get a part for the car because of Covid, so the only event I’ve done since March was the RallySprint (at Motorplex) the other week, which we used as a shake-down … and I only finished first,” Wilson quipped.

“I love this event because it’s like the street circuits you see on TV – you’re allowed to cut loose as fast as you can on the streets, legally.

“The atmosphere is amazing with Bunbury locals who show so much support, the crowds that go along to watch are pretty awesome,” said the former West Coast Eagle.

Last year’s runner ups were Dardanup’s Will White and Eaton’s Matthew Thompson who are in a new car, a powerful 2018 Nissan GTR Nismo. Their previous car, a 2006 Mitsubishi Evo 9 is being passed down to the next generation.

“My plan is to gun it but drive it with respect, because without respect, you crash,” said White, owner of Dardanup Removals.

“The GTR is a bit heavy for sprint racing, so we don’t expect to finisher faster than Troy. We’re using this as a learning phase for Targa West next year.” 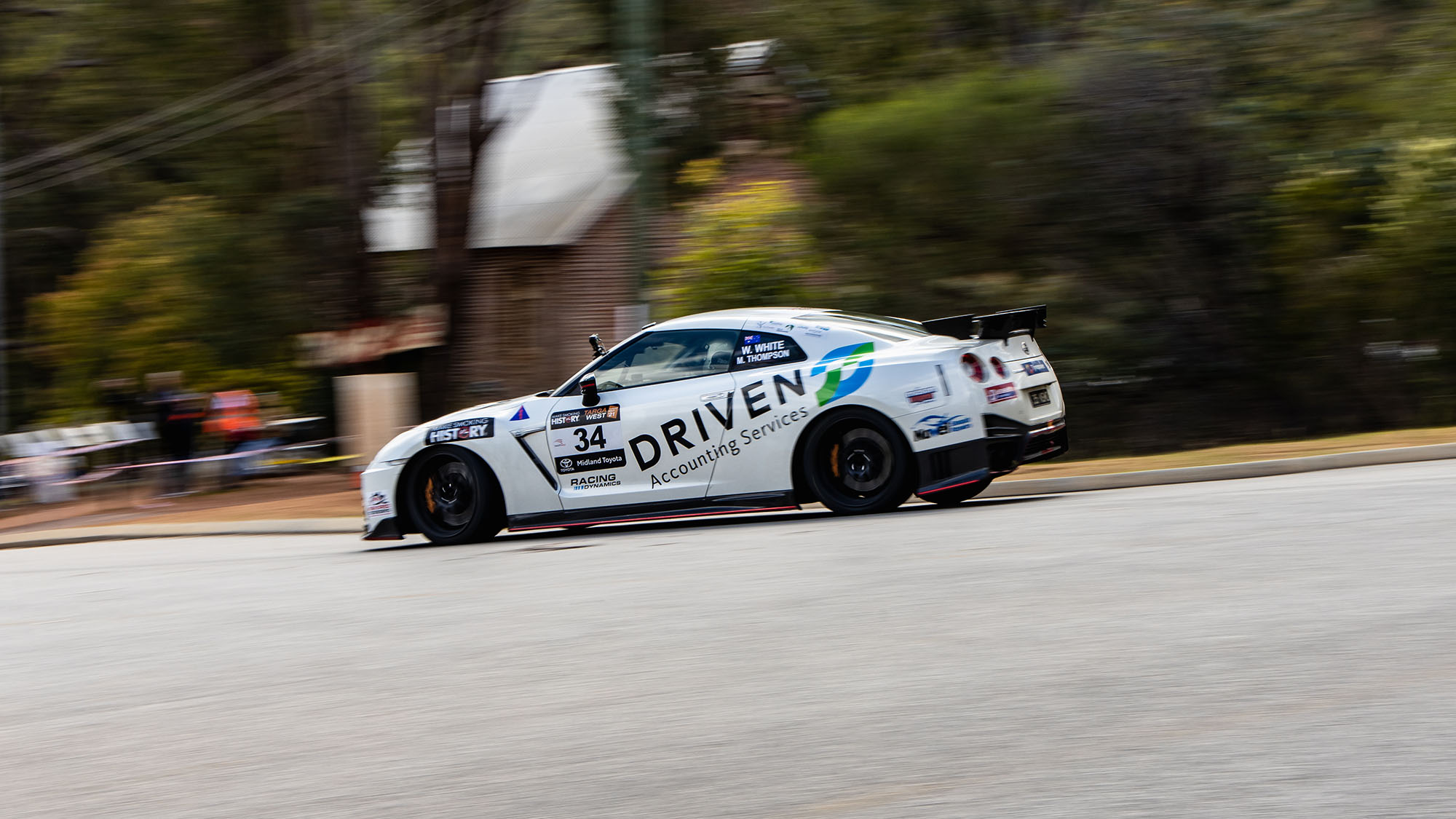 Will White’s son, 22-year-old rookie Rohan, will be behind the wheel of the Evo and have experienced co-driver Steph Esterbauer sitting beside him calling the notes.

Peter Rullo, winner of Make Smoking History Targa West in August, will be joined by long-time friend Jimmy Marquet calling the notes in their 2020 SSC Lotus Exige GT. Last year the duo finished fourth outright in Bunbury and you can bet that they’ll be fierce competitors – these two love the taste of victory.

A Bunbury local, Greg Freeman of GT Fabrication has a car you’ll hear before you see, his 1969 Chevrolet Camaro grunts, thumps and screeches around corners. In the passenger seat will be Mandy Lister calling the notes.

Gerorup husband and wife duo Bill and Glenys Stagoll have proven their pace in the past in their 2006 Mitsubishi Evo 9, last year finishing sixth outright.

There are three electric vehicles (EVs) in the GT Fabrication Targa Bunbury Sprint entry list, and one unique enviro-friendly charging system that will be used by the 2019 Tesla 3 Performance+ driven by Jurgen Lunsmann with his co-driver and wife, Helen.

Whisper quiet, you mightn’t hear them coming, and if you blink you might miss them altogether. The Tesla is quick and has a proven track record in competition winning its class convincingly and finishing 10th outright at WA’s premier four-day rally, Make Smoking History Targa West in August.

At the Bunbury Sprint, the team will take sustainability a step further by charging the Tesla with a 100kW generator that runs on used chip oil to power a 50kW DC fast charger for the rally car.

“We will be recharging between runs. We could finish the event on a single charge but would lose some competitiveness at a lower charge. And charging the car helps us tell the chip oil story.”

The charging system was developed by Toceva so the Tesla wouldn’t have to miss any competitive kilometres due to low or slow charge, and after the GT Fabrication Targa Bunbury Sprint, it will be taken to its new home on the Nullarbor and will be used to plug the gap between the South Australian and Western Australian Governments’ EV charge networks. Waste chip oil will be collected from roadhouses to power the generator.

So if you don’t see or hear the Tesla, you might get a whiff – just follow the aroma of chips or dim sims in the Service Park.

Each competitor will race the clock along the 4-kilometre course four times clockwise and four times anticlockwise. The odd numbered cars will go first and then the even numbers.

Rallysprint requires team work between driver and co-driver and the ability to drive with obstacles in close vicinity to the road, neither of which can be practised on a race track.

If you like thrills and spills, then get along to a GT Fabrication Targa Bunbury Sprint spectator point on Sunday 28th November. Last year, 24 competitors did not finish, and it’d be fair to say there was carnage on the course with an attrition rate of 18 per cent resulting from a roll over, several incidents, some cars kissing barriers and plenty suffering mechanical issues.