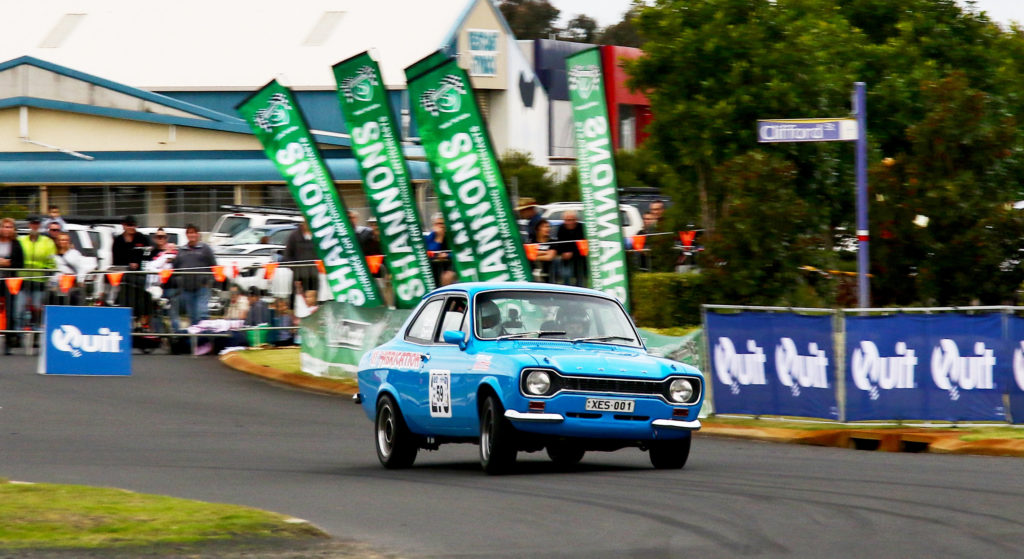 A bumper field of more than 110 classic, exotic and modern cars will contest the 2018 GT Fabrication Targa Bunbury Sprint, this weekend – the largest entry list in the event’s history.

Competitors will tackle the 4km course around the Halifax Light Industrial Area eight times on Sunday 24 June, with the event running in an anti-clockwise direction in the morning and then clockwise in the afternoon.

“This is one of the largest fields to have ever lined up at a tarmac event in Western Australia and I cannot wait to see so many fantastic cars competing around the Halifax course,” GT Fabrication Targa Bunbury Sprint Clerk of Course Ross Tapper said.

Bunbury locals Will White/Matthew Thompson are used to standing on the podium at the event, finishing second the last two years but will be hoping to repeat their performance at Targa South West in 2017 and finally take the outright victory in front of a home crowd.

“Car preparation is going great – we have a new secret turbo (that’s now not so secret), the car has just had a turn at Tokyo Motorsport and we are very much looking forward to the sprint,” White said.

“Bunbury is a great road course in our home town where our sponsors, supporters and families can come out to watch,” he continued.

The pair will face tough competition from former West Coast Eagle Troy Wilson, joined by rookie co-driver Toni Cameron, will be looking to take his second win at the event (2016), competing in a Mitsubishi Evo 10.

Mark Greenham, joined by co-driver Steph Esterbauer, will also be hunting down the top spot on the podium following Greenham’s outright victory at the Make Smoking History Targa South West event in May.

Leading the charge in the Classic field of the event is former World Rally Championship competitor Alister McRae/Declan Stafford in a 1978 Porshce 911 RSR.

Spectators will have the thrill of seeing a host of exotic cars in their element including a Porsche 911 GT3, Cayman GT4, Lotus Exige S and a Tesla Roadster.

Joining them will be a collection of classics including a 1973 Alfra Romeo GTV, 1973 Datsun 240z, 1983 Toyota AE86 Sprinter, a 1965 Ford Mustang, 1972 HQ Holden, 1977 Torana A9X, Ford Escorts and, always a fan favourite, Greg Freeman will once again be thundering around the course in his GT Fabrications 1968 Chevrolet Camaro.

At the end of every stage on Sunday the drivers and cars will return to the service park on McCombe Road with spectators getting the opportunity to watch some of the best crews in the state working on the cars before they head out to continue the competition.

Before the action commences on Sunday the Shannons Show ‘n’ Shine along Victoria Street from 5:30pm on Saturday gives spectators the opportunity to get up close and personal with the cars and chat to the drivers and crews about the challenge they will undertake the following day.

Both the Shannons Show ‘n’ Shine and GT Fabrications Targa Bunbury Sprint are FREE for the public to attend and provide a fantastic family outing for motorsport enthusiasts of all ages.